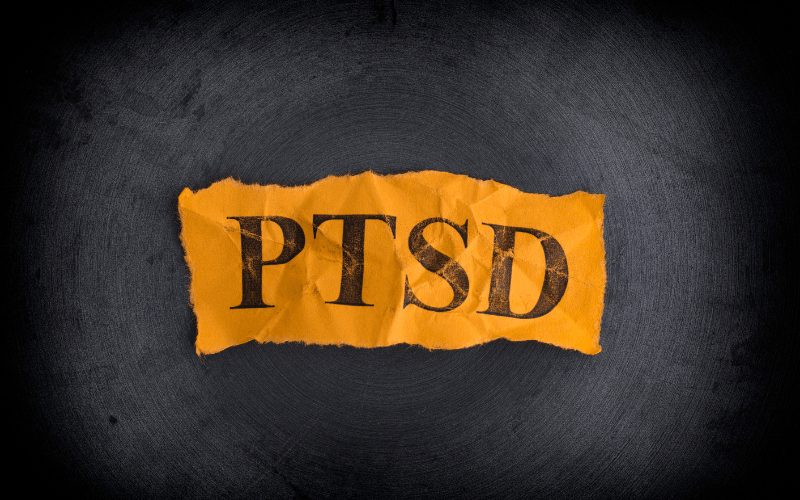 June is National PTSD Awareness Month. PTSD stands for posttraumatic stress disorder, a condition that some people experience after one or several traumatic events. EMDR therapy is shown to be one of the most effective treatments for PTSD. Common questions we receive about PTSD are:

Trauma is an event or experience of an event that overwhelms our ability to make sense of what is happening to us. Trauma affects many people. The American Psychological Association states that “approximately one-half of all individuals will be exposed to at least one traumatic event in their lifetime.” Some estimates state 70 percent of the population will experience trauma.

Bessel van der Kolk (2014) highlighted the prevalence of trauma in the introduction of his bestselling book on trauma, The Body Keeps the Score. He referenced the groundbreaking Felitti, et al. (1998) study done through the CDC and Kaiser on childhood trauma. Childhood trauma is referred to as Adverse Childhood Events or ACEs in the study. 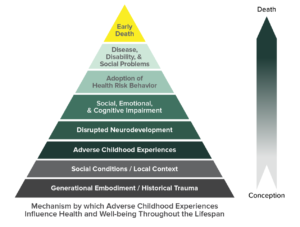 “Research by the Centers for Disease Control and Prevention has shown that one in five Americans was sexually molested as a child; one in four was beaten by a parent to the point of a mark being left on their body, and one in three couples engages in physical violence. A quarter of us grew up with alcoholic relatives, and one out of eight witnessed their mother being beaten or hit” (van der Kolk, 2014, p.1).

During a traumatic event, the danger or perceived danger disconnects us from the moment, from our reactions, or from others. Our brains and nervous systems react automatically to protect us. This reaction is called the fight, flight, or freeze response. This response prompts our bodies to go into survival mode by increasing heart rate, releasing stress hormones, and increasing blood flow to prepare for running or protecting. Certain parts of the brain are also affected, including the amygdala, the hippocampus, and the prefrontal cortex. The amygdala acts as the emotional alarm of the brain when we feel unsafe. When activated by trauma, it may disrupt signals to the hippocampus, which is important for long-term memory storage. This is why trauma memories may seem fragmented. The prefrontal cortex, which monitors rational thought and helps us control emotional responses, may go off-line when the amygdala signals the need for alarm. ‘Thinking your way’ out of the situation is much more difficult, and is why trauma reactions may not always seem logical. Trauma memories are often associated with images, feelings, and body sensations, rather than rational thoughts.

Posttraumatic stress disorder (PTSD) refers to a specific set of criteria regarding trauma symptoms in the DSM-5. The DSM-5 is the handbook most health care professionals in the U.S. use to diagnose mental health issues. PTSD occurs when the symptoms and reactions caused by a traumatic event do not resolve in a few months. Someone who does not develop PTSD will be able to process, or make sense of the event and feel okay with moving on after the experience. Someone who does develop PTSD is so overwhelmed by the event that it does not resolve, remaining stored in the brain and nervous system in an unhealthy way. The memory lingers and disrupts everyday life. Sometimes one single trauma event (ie. natural disaster, car accident) can cause PTSD. Sometimes repeated events from childhood or ongoing traumatic events can create conditions for PTSD. The key is that the body and brain’s ability to cope is disrupted and overwhelmed.

PTSD Alliance reported that 70% of adults in the U. S. have experienced at least one traumatic life event and that 20% of those people may develop PTSD. In addition, they showed how the risk of developing PTSD can vary depending on the trauma experienced. As the U. S. Department of Veterans Affairs division, The National Center for PTSD pointed out, “PTSD can happen to anyone. It is not a sign of weakness.” Populations at higher risk for developing PTSD are enlisted military (especially those who have been in active-duty combat), rape victims, refugees and asylum seekers, child abuse victims, first responders, sexual assault victims, those in war zones, and those who have been physically attacked.

Psychiatrist Judith Herman notes three stages in trauma recovery: “establishing safety, retelling the story of the traumatic event, and reconnecting with others… [and] ordinary life.” EMDR therapy covers all three of these stages throughout the 8 phases of treatment. One aspect of EMDR therapy that many clients appreciate is that the retelling of the traumatic event does not have to be verbal. Instead of talking about the trauma, the client is asked to bring aspects of the trauma memory to mind such as an image, cognition, emotion, and body sensation. While doing this, the EMDR therapist keeps the client in the present moment with alternating eye movements, sounds, or taps. The alternating eye movements, sounds, or taps are another part of treatment that sets EMDR therapy apart: they are referred to as dual attention stimulus (DAS) or bilateral stimulation (BLS). As with other trauma therapies, the EMDR therapist guides the therapy process with the goal of keeping the client feeling safe. The client has full control to stop the therapist at any point if needed. Clients who have had success with EMDR therapy often experience positive shifts in insight regarding their trauma experience. They no longer feel overwhelmed by the trauma.

*The ACE Pyramid graphic shown above is on the CDC Violence Prevention division webpage here, is part of the public domain, and does not constitute endorsement or recommendation by the U. S. Government, Department of Health and Human Services, or Centers for Disease Control and Prevention.