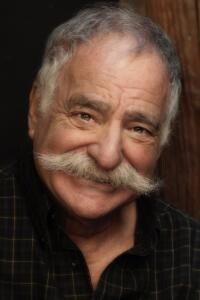 Dr. Popky was one of the early contributors to the birth of EMDR and worked with Francine Shapiro and Robbie Dunton to create the EMDR community of well-trained clinicians. His role was not only tactical but clinical. In 1993, he created the “The Desensitization of Triggers and Urge Reprocessing (DeTUR) Protocol,” initially to stop smoking. Over time, he used it to work with all addictive behaviors and taught it nationally and internationally to great acclaim.

Not only was AJ a high-profile member of our community, and an honorary lifetime member, but he also contributed to the world in the areas of industry, computer technologies, system and sales engineering, photography, training and management of sales organization, and creating databases. He was an original thinker who worked to figure out challenging situations despite—or perhaps because—of his learning disability.

Throughout his life, his service to the U.S. Marine Corps and his country was central to who he was. He and other colleagues joined forces to treat other servicemen and women who bravely served our country. He even named his dog “Fi,” short for Semper Fidelis (Always faithful), the Marine motto.

Those who knew AJ always commented on the twinkle in his eye, his iconic mustache, and his intensity when pursuing a cause in which he believed. He had a penchant for cooking and gave away his chicken soup under his label, “Uncle AJ’s Chicken Soup,” and served an excellent Cioppino! Life without you will never be the same, AJ. We will miss you! —-Submitted by Marilyn Luber, Ph.D.

His official obituary is here.