What Should EMDR Therapists Know About Native American Populations? 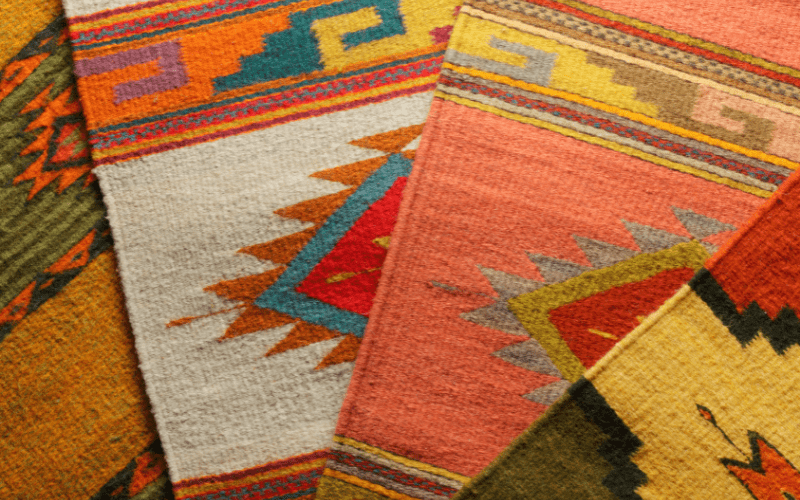 Native American Heritage Month, also known as American Indian and Alaska Native Heritage Month, is a time to celebrate and recognize the experiences, traditions, histories, and contributions of Native American and Indigenous populations. The diversity of Native tribal groups, customs, and languages is wide, rich, and multi-layered. From the lens of intersectionality, a person may identify in many unique and different ways. One person’s experience of identifying as Native or Indigenous may be extremely different from another.

The U.S. 2020 census notates trends indicating the U.S. is becoming increasingly multi-cultural and that “from 2010 to 2020, the American Indian and Alaska Native in combination population increased by 160 percent.” Getting to know these communities is important for EMDR therapists as you may connect with Native American clients and/or therapists. These populations have experienced many historical trauma challenges such as being forced off of the land they lived on by European colonizers, placed into boarding schools where their cultural traditions were not honored, and purposefully exposed to harmful diseases. Find opportunities to learn more about not only the historical and mental health challenges these populations have faced, but also the rich cultural heritages, healing and wisdom traditions, and strong bonds with family, ancestors, and nature. Advocate for inclusive practices and increased access to care for Native and Indigenous populations.

“What is something you would like EMDR therapists to know about Native American populations?”

We asked EMDRIA members this question. Here are their answers:

“The indigenous peoples of the Americas have been one of the most marginalized populations. There are so many things from the history of the founding of the United States and of Canada that have never been talked about that many, if not most people still do not know. There are a vast number of different tribes with different beliefs that were scattered across our continent, often with the intent of erasing their/our cultures and as result, many of us were unable to grow up with the knowledge of our ancestors. This is a trauma that is deep and significant and should be handled with delicacy.”

“As a citizen of the Cherokee Nation, I would want EMDR therapists to understand the core of my family structure is founded on the rich indigenous heritage of my ancestors. Sadly, that history is fraught with injustice. This is not a negative belief to be released, but more a resource. My people have overcome tremendous maltreatment to grow into a great nation once again. My heritage is a resource that provides a framework of resilience, of empowerment and of perseverance.”

“I would suggest that therapists learn about the population of Native Americans they are working with and understand more about the cultural dynamics for their clients as well as the history of colonization or oppression that may exist within the client’s tribal history. Therapists may also want to be mindful of the idea of white privilege as it can sometimes play a role in affecting how clients develop distrust of non-native populations. Try not to generalize and assume all Native Americans are involved in ceremonial or spiritual practices since each client is different and unique in their own way.”

“As an Aboriginal Canadian woman of Cree heritage, when considering offering EMDR to an aboriginal person, first and foremost the therapist must understand the culture of our people. Consider the person’s age and what tribe they are from and learn about their customs and traditions. Educate yourself about whether their family was subjected to the plight of residential schools and how many generations this affected. This type of trauma is passed down through generations and is felt by the family and their community.

If the person is coming to you for trauma therapy, the usual EMDR protocols are appropriate, however, be mindful that the first phase of building trust and a therapeutic alliance might be a challenge. Explore what healing traditions the person is familiar with, such as smudging before a session, and using such methods to create a safe space. Meegwetch,”

“Tips for working with American Indians from a modern Tribal member & trauma therapist:

“How you explore Native American identity with a client may be the moment where you become trusted or untrusted. The following are experiences that happen far too frequently to Native American clients engaging with therapists.

Do not disclose your own Native American ancestry unless you are a claimed member of a Tribe. I get it, you want to create connection and build trust and rapport, but telling the ancestral story that your “Great-Great-Grandmother was Cherokee” or disclosing your 23 and Me result will instantly put you in the untrusted group. Native people are claimed by their tribes, not by DNA testing. Some people claim ancestry as Native American (they possibly are Native), but because Native people experience this narrative so frequently, it is inappropriate for the therapist to share unless they are in fact claimed by a tribe as a member of the tribal community. It is often a joke among Native people that we experience this type of interaction so much in our interactions in society.

Additionally, do not disclose your love of our culture. There are 567 federally recognized tribes in the United States and hundreds of state-recognized tribes and each has its own culture, language, experience, and history. Do you really know the culture of all these tribes or are you perpetuating a stereotype of a pan-Indian culture? Just something to think about in terms of your work and bias. Additionally, each client may have a varying level of connection to culture or even none at all. Our culture has been largely lost through centuries of genocide, termination, forced assimilation and is a deep source of generational trauma. Because each client’s individual narrative and level of cultural connection can vary, this could potentially trigger identity issues, that feeling of not belonging, not being enough, deep-felt generational trauma, or really just end up making you feel unsafe to the client.

Do not assume that a Native American client feels connected to traditional culture or even knows about it. Over a Century of United States policy aimed at terminating our culture and traditions has created new generations of Native people that do not know much about traditions from our ancestors. There may even be a deep sense of shame, guilt, or anger under this; a feeling of not being accepted by Natives but feeling different among non-Natives. In this same respect, it is inappropriate to assume that adding traditional elements into the therapy experience will be appropriate for all Native clients. While research has shown benefit from a traditional approach among Native clients, let this be a client-led experience.”

*** Brandi Sweet, LCSW, CHT, is an enrolled member of the Turtle Mountain Band of Chippewa and is considered an expert in social work practice among American Indian/Alaska Native communities. She is a Kathryn M. Buder Scholar and graduate of Washington University in St. Louis. Sweet has experience working with over 567 federally recognized tribes in the U.S. and state-recognized tribes in various states.

“I have a rather different spin on Native American heritage than most. I grew up with my maternal grandmother repeatedly telling the origin story of her people. Two brothers intermarried with the Cherokee and lived under a waterfall in East Tennessee and hunted with Daniel Boone.

I would assume that they lived under a waterfall to protect themselves. My impression is that the two women were in danger of being forcibly removed if they publicly identified as Cherokee. Likely for that reason, my grandmother nor none of her family I knew of were enrolled, tribal members.

She did not pass down any cultural, language, or spiritual traditions other than the story. Part of her story is that the genocidal and racist forces of the time, including the threat of the genocidal Trail of Tears style removal, stripped those cultural components.

For whatever reason, as a very young child, I didn’t view the world from the perspective of the white professional middle-class businesspeople family who raised me. I viewed the world from an indigenous perspective, a Native American perspective. I don’t believe that it is genetic. It feels like it comes from within, whatever way one conceptualizes that.

Because I am not an enrolled tribal member, I have not felt welcome in the Native American community. It’s not poor me. But really, there is no way to identify my heritage without multiple potential negative downsides/misunderstandings. I don’t feel comfortable discussing my grandmother’s story, my story, in most situations. So, I rarely share it.

I’m not sure exactly what I could say to an EMDR therapist who is presented with a client who identifies as a Native American but who might feel unwelcome/by the Native American Community. There are many tribes and traditions, so one size fits all. Nor even fit one tribe—there is a tremendous amount of diversity.

I think it goes back to the core of being a therapist. We need to listen without judging to understand our client’s perspective. In terms of EMDR therapy, there would appear to be multiple different targets that might be amenable to reprocessing for someone who identifies as a group member but feels rejected for lack of better words.”

Back to Focal Point Blog Homepage

If you are a therapist interested in the EMDR training, visit our EMDR Training & Education tab:

If you are EMDR trained:

If you are an EMDRIA Member: